Guest Blogger · March 25, 2018
0 0 1.8k 0
Some of the links on this page are affiliate links. This means that Swedish Freak will earn a commission if you purchase anything from these links. Thank you for your support!

Swedish YouTube star Felix Arvid Ulf Kjellberg, better known as PewDiePie, has been the most subscribed user on the streaming site since 2013, and his channel has received over 17 billion views. There is no doubt now that he is one of the most famous Swedes in the world. In 2016, the 28-year-old was named by Time magazine as one of The World’s 100 Most Influential People, and it is estimated that he has earned around $124 million since 2010.

This immense success story was one of the first of its kind, as a new wave of internet users have managed to get rich by producing content on streaming services. Here, we examine the Swedish star’s rise to the top and discuss the live streaming and user-generated content boom.

There are so many cool things to have come out of Sweden – Absolut Vodka, the pacemaker, and Nokia mobile phones all originated in the Scandinavian country. There have also been a number of seriously cool people, and PewDiePie has to be up there with the best of them.

The world-famous YouTuber registered his account with the streaming service in 2010. It was around this time that YouTube, which was founded in 2006 by Steve Chen, Jawed Karim, and Chad Hurley, was reaching worldwide fame. In 2010, there had already been 14 billion views of videos, and the company had a 43 percent market share of the online video industry in the United States.

PewDiePie started his channel while at university studying industrial economics and technology management, but pursued it as a full-time career after dropping out of Chalmers University of Technology. Initially, he had to find a job to raise money and temporarily worked at a hot dog stand. The need for subsidising himself in this way was short-lived, though, and, by July 2012, his channel had already surpassed one million subscribers.

The main focus of the Scandinavian’s channel was on him playing video games and commenting on them. He was praised for his friendly style and the way it seemed as though he was simply hanging out with a friend. PewDiePie played a lot of horror and action games in the early days, with Amnesia: The Dark Descent the most notable.

The format of commenting on video games in a humorous style proved to be extremely popular and, by August 2013, the Swede’s channel became the most subscribed on YouTube, surpassing Smosh in the process. He has held the crown ever since, excluding a 46-day stint in late 2013 when YouTube Spotlight earned the most subscribers.

PewDiePie took advantage of an industry which grew rapidly as internet speeds got faster and web pages became more advanced. YouTube was one of the leading players in streaming online content but it has inspired many other businesses and services, which have benefited from the booming craze.

Gaming videos sprouted up in such abundance that a new channel solely for gamers emerged. Twitch started in 2011 and focuses on video game live streaming and eSports. Viewers have the option of watching content live or via video on demand. By 2015, the site had 1.5 million broadcasters and 100 million views per month.

However, live streaming is far from the sole domain of traditional video games; many online casinos have also used live streams to show things like poker tournaments, while online casino’s like Betway Live offer roulette and blackjack games that have a human dealer on a webcam, to create a more authentic casino experience.

All these different ways of using streaming have led to hugely successful movie on demand services like Netflix.

Aside from the rise of live streaming sites which made it easier to produce content online, PewDiePie also benefited from the fact that people began developing a thirst for user-generated content.

Prior to the YouTube age, consumers had to rely on advertising and magazine reviews when making a decision to buy something. Allowing everyday people to upload their own videos to the internet totally changed the game in this regard. It meant that anybody could take a product and give an honest review of it.

Viewers could watch the videos knowing that it was fairly unlikely that the person making them had been paid by a company to promote it. PewDiePie’s videos not only served to entertain people, they also helped advertise the games he was playing in a neutral way.

YouTube has also brought about the rise of the viral video, which is something that can be shared and talked about among friends. These hit videos of things like dogs chasing deer through the park or cats playing the piano have made people realise that anybody can achieve fame now by uploading the right clip. This age of user-generated content is, therefore, surely set to continue for many years to come.

PewDiePie is one of the early pioneers of a form of media consumption that went on to sweep the world. Now he has solidified his status as one of the best content makers in the world, it will take a lot to push the Swede off his spot at the top of the pile. 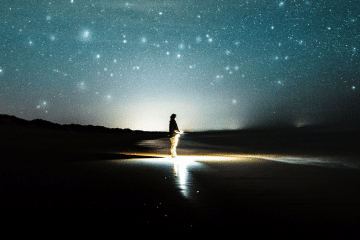 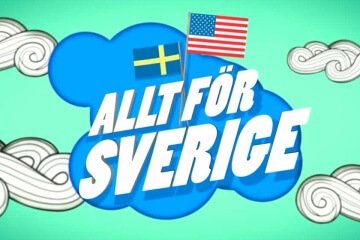