Ray St Jonn · February 9, 2018
0 0 2.1k 0
Some of the links on this page are affiliate links. This means that Swedish Freak will earn a commission if you purchase anything from these links. Thank you for your support!

Swedes do not have reputations for beating their own drums of glory. Rather than seek the limelight, Swedes are generally more fascinated by their work than by any honors or laurels that may be bestowed upon them.

Even though they may not care about receiving kudos, we are not hesitant about sharing their accomplishments and contributions to the world, so here is a quick peek at seven Swedes (or groups of Swedes) who have earned international recognition.

Formed in 1972 in Stockholm by Agnetha Fältskog, Björn Ulvaeus, Benny Andersson, and Anni-Frid Lyngstad (whose initials of their first names spells out the name of the band), ABBA rocketed to international success and recognition.

Popular songs produced by ABBA include:

For avid ABBA fans, you cannot go wrong with a special boxed set on Amazon titled ABBA: The Albums. This nine-CD collection features all eight studio albums along with a fantastic ninth CD replete with rare recordings and bonus tracks.

In the early 1980s, the members of ABBA began drifting apart. Although they never formally announced the dissolution of their band, no new albums were released after a few recording sessions in 1982.

Over the next decade, they made varying appearances, sometimes individually or in pairs, but not for purposes of performing their hits.

However, ABBA’s vibrant and positive music still charms and delights the hearts and ears of music lovers the world over.

Starting with the patriarch, Stellan Skarsgård, the following provides a bullet list of additional Skarsgård members (along with relationship to Stellan), both by blood and by marriage:

Of his eight children, six are from his first marriage to My and the last two are with Megan Everett. Declaring that eight is enough (with apologies to the old television series), he was sterilized after his second child with Megan.

Raised an atheist, after the 9/11 attacks Skarsgård set out to study both the Koran and the Bible. He decisively concluded that both books promote violence. He further declared that he cannot justify the existence of a divine being that would create such ludicrous and dangerous creatures as humans.

Obviously, a likable and sensible person!

Best known in his native country of Sweden, Dag Wirén also stirs up fond memories for lovers of classical music. Wirén was one of the few 20th-century classical composers who chose to adhere to the romantic style of classical music, eschewing dissonance and atonality.

This placed Wirén in a small class of traditional composers, but his works have held up well over the years. His best-known work is his Serenade for Strings, Opus 11, but a modest search will uncover plenty of other jewels created by him.

For a fuller backstory of his life and work, check out Dag Wirén: National Swedish Treasure on Swedish Freak.

For over half a century, Astrid Lindgren has been able to bring smiles and astonish children all over the world with her series of books about Pippi Longstocking, one of the most remarkable young fictional girls ever to grace the printed page.

Despite the fact that there were only three books written about Pippi Longstocking, her tale has been retold and modified over the years through dozens of miniature picture books (designed for preschoolers), plays, and films that have been made about the astonishingly independent and extremely adventurous young girl with superhuman strength.

While Pippi Longstocking is the best-known accomplishment of Astrid Lindgren, these charming tales are merely one chapter in the incredible story of this unusual and dedicated Swedish writer and editor.

After her retirement, she remained active for the remainder of her long life. Here are a few of her accomplishments during her retirement years alone:

Another page on Swedish Freak will give you even greater insights into Pippi Longstocking and her creator, Astrid Lindgren.

Ingmar Bergman has long been recognized as one of the leading film directors across the globe. Although his work spanned across theater, radio, television, and film, his movies remain among his greatest achievements in cinematography.

Bergman was involved in filmmaking for over half a century, with his first screenplay “Torment” in 1944; he formally retired in 2003.

Robin Miriam Carlsson is the original name of the popular Swedish singer, producer, and songwriter Robyn. In 1995, Robyn broke into the world of popular music with her debut album titled “Robyn Is Here.” This album introduced two new singles that made the ranks of the Billboard Hot 100: “Show Me Love” and “Do You Know (What It Takes).”

To date, Robyn has produced 7 original albums, as follows:

While better known in Sweden, where her albums typically rise to the top of the national charts (all her albums have found their way into the top 10 in Sweden, with three of them reaching number one), Robyn has also garnered a following in the United States and the rest of Europe.

You can also stay up to date on her website; her latest project invites international dance music artists to remix their favorite Robyn tracks.

Better known as Greta Garbo, Greta Lovisa Gustafsson was born in Stockholm on September 18, 1905. One of the few crossover actresses whose work in the silent era and the talkies brought her lifelong fame and admiration, Garbo was no typical pinup girl.

Her audacious and liberated attitudes might have raised a few American eyebrows who thought they preferred their women demure and obedient. Garbo soon changed that ideal.

She may have been a screen goddess, but her early years in Sweden were far from celestial. Her mother was a factory worker and her father a common laborer, who died when Greta was 14.

This loss was compounded by the financial difficulties the family faced due to his death. Greta left school and landed a job at a department store. Soon she was being used as a model and even performed in a short commercial, where a director saw her and offered her a small part in a comedic film.

This inspired her to get involved in drama. She was good enough to earn a scholarship to a drama school and appeared in a couple of movies.

Her appearances caught the attention of a major Swedish director, Mauritz Stiller, who soon propelled her to national fame by starring her in The Saga of Gösta Berling in 1924.

Stiller also suggested Greta change her commonplace last name from Gustafsson to something easier to remember and say. “Garbo” was chosen and is now eternally embossed in the annals of film history.

It only took one more Swedish film, Die freudlose Gasse (The Joyless Street), for Garbo (and director Stiller) to snag a contract with MGM.

Her first American film, Torrent, was conveniently a silent film, as were her next four movies. In 1930, she premiered in her first talkie, Anna Christie, which also earned her an Academy Award nomination for Best Actress.

Many critics agree that her finest role was the title character in Anna Karenina, but she clearly glowed in most of her performances.

It was in the late 1940s that Garbo gave up on Hollywood. It was not long before legends were being spun about the now reclusive star who chose a life of privacy over clamoring fans. For more than 40 years, she called New York her home and traveled with celebrated personalities the world over.

Her death at the age of 84 from pneumonia marked the end of an era and a film legend. While tagged as a recluse who wanted to be left alone, let us close with this quote from Garbo herself:

As you can see, there are some amazing Swedes who have really stood out as the top world artists.

What do you think? Who is your favorite Swede that shines internationally? 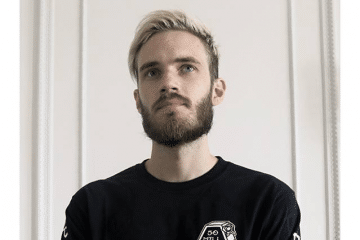 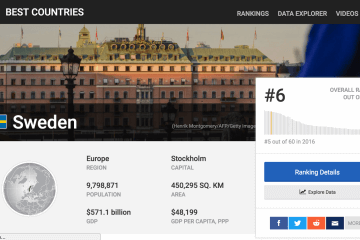 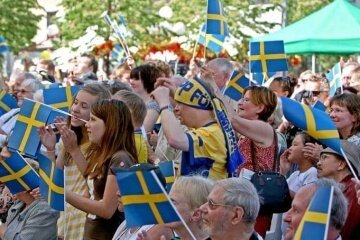 The Awesomeness of Sweden