My First Hockey Game in Sweden

SwedishFreak · October 17, 2012
0 0 2k 0
Some of the links on this page are affiliate links. This means that Swedish Freak will earn a commission if you purchase anything from these links. Thank you for your support!

Hockey! I really started to enjoy watching hockey when I was living in Sweden. I love sports where everyone is enthusiastic, and in Skellefteå hockey is a big attraction. So big, they have a fast food meal named after them! 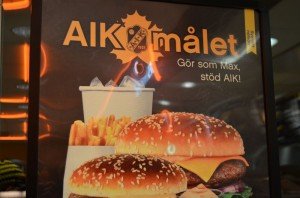 I mean, Skellefteå AIK kicks butt, winning second place last year and getting into the semifinals the year before. This year they will win first place!

But, I never had a chance to go to a hockey game. Until my most recent visit to Sweden in September. My amazing Swedish friends took me to the opening match of Skellefteå AIK.

The fans were super excited about hockey season starting again. And it was great to see the town so enthusiastic and cheering for their team. This year we will take it all! 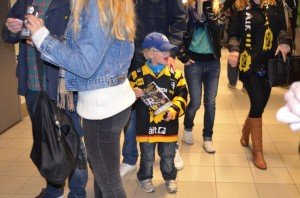 It was great watching the crowd cheer, and players fight, and Skellefteå AIK wipe the floor with MODO.

We were running late when we got there and missed dinner. Luckily they were selling those extra long Swedish hot dogs. Yummy! 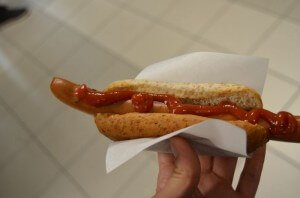 With snus of course. Can’t not sell snus at a hockey game! 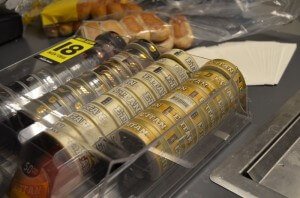 We got some cheap paid seats, which were great, right by the ring. But the most interesting seats were by far the standing section. Cheaper for sure, but also full of crazy fans! 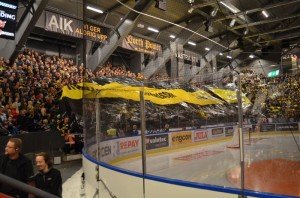 In the beginning of this game, they have tribute to some hockey players that were leaving the team. So they ran out of time for the national anthem. Bummed me out, I was looking forward to that part!

It was awesome to see a bit more of the Swedish culture. You know, like selling the snus at the hockey game. Or how about all of the gambling booths to bet on the game. But I think my favorite of the night, the one that made me laugh, was when my friends passed me this to snack on during the game. 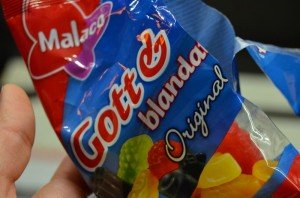 Godis of course! Not pop corn. Not peanuts. Not a beer (that is not allowed inside the arena). But godis. Can you get more Swedish I ask?

It was fabulous. And of course, a hockey game is not a hockey game without a fight! It cracked me up, because it took about 2 minutes for them to finally intervene to break up the fight. Its almost as if fighting in a game is a requirement 😉 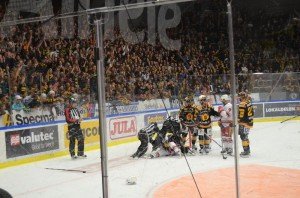 All in all it was a great game, and a great first experience! Makes me want to come back for more and more. And I will be back.

Thank you again to Anna, the wonderful bride, for hosting me and taking me to a hockey game during her wedding week! Couldn’t ask for a better friend. 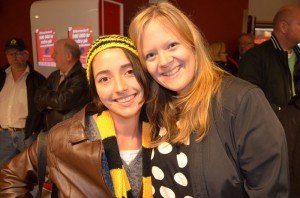 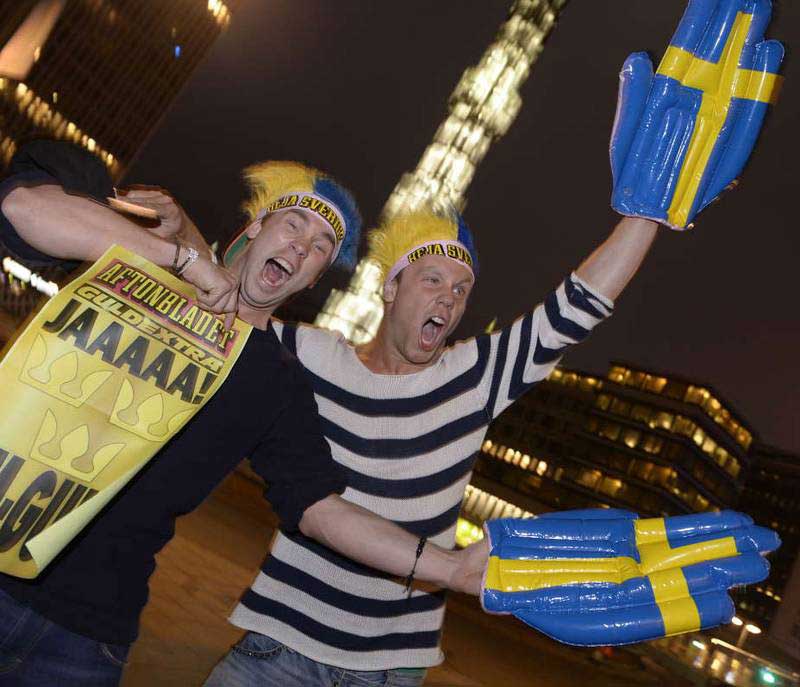 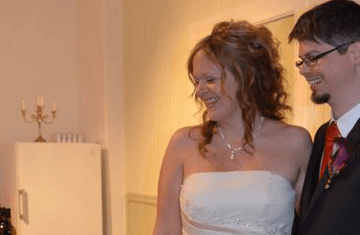 My First Hockey Game in Sweden