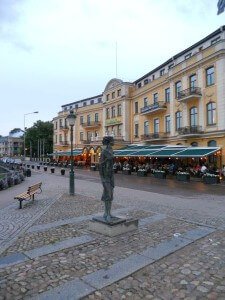 As with most other countries in the world, people visiting Sweden usually spend the majority of their time either in or around the capital city, Stockholm. What most tourists don’t realize though is that it isn’t until they get into the other areas of the country that they really begin to get a feel for the real Sweden – a country that has a huge amount to offer to anyone who chooses to visit its land. So, on this theme, I would like to talk about the city of Karlstad – a city that offers all of the modern amenities that a person could want, while also showing them the real Sweden in a way that will leave them wanting to come back for more!

Karlstad is located on the shores of Lake Vänern, which is the largest lake in the country and a lake that provides spectacular scenery and a huge amount of different activities for everyone. Although the lake dates back 10,000 years, Karlstad was itself founded in about 1000 AD, by the Viking people and their ancestors. Through the years it grew in both size and importance, until it was granted city status in 1584. Perhaps the most notable historical occurrence though was the coup d’etat that occurred in 1809, led by Lieutenant Colonel Georg Adlersparre. He occupied the city of Karlstad with his troops, before then marching towards the capital to overthrow King Gustav IV Adolf. It was also the location used in 1905 to sign the agreement that led to the dissolution of the union between Sweden and Norway. 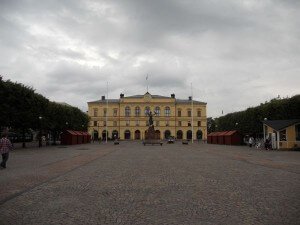 Aside from all of the activities that people can take part in at the lake, the most popular attractions in Karlstad usually focus on sport – with ice hockey being the most important sport in this area. Outside of North America, Sweden is known to have some of the best ice hockey in the world, so taking in the atmosphere of a big match is something that everyone should consider. There are also various other sports teams in the area, such as soccer teams and also a team participating in the traditional sport of bandy. There’s even an American Football team that plays in this city, although don’t expect to see quality to rival the Miami Dolphins or the San Francisco 49ers!

For those that are more interested in pursuits outside of the world of sport, there are various other activities as well – such as some of the best shopping in Sweden. The city center is an eclectic mix of independent shops and well established chains, which means that everyone will be able to find a suitable souvenir to take home. The Bergvik mall is one of the largest in Sweden and provides a great way to shop in one area – and yes, there is even an IKEA!

Perhaps the main reason why people come to Karlstad though is due to the fact that it has some of the best weather in Sweden. It is even called the “City of the Sun” by those in the country, due to the fact that the Sun always seems to be out – even when the weather is a little nippy or when the clouds look like they are about to deposit their rain over the city. Everyone who comes to Karlstad will notice the weather, which also seems to have an effect on the disposition of those that live there – everyone seems to be happy and the population is also even friendlier than you could possibly imagine!