Orsa is a small town in the center of Sweden, but despite this it is an incredibly popular resort for tourists, mainly those who are coming from other areas of Sweden. It is situated just to the north of Lake Siljan and is about 10km from the town of Mora – a town that is about twice as big as Orsa. Despite its small size though, there is a lot to do in Orsa – which hopefully you will find out by the time you have finished reading!

Most people head to Orsa due to the outstanding natural beauty that the area provides, therefore making it a haven for hikers, sightseers and anyone else who loves being in the great outdoors. Perhaps the most spectacular sight is that of Siljan, the massive lake located right on its doorstep. Siljan is perfect for all those alpine photos that many people associate with Sweden, with the tress and surrounding land often covered in a thin blanket of snow. If you can find your thermals and don’t mind getting a bit cold, the sight of looking out over Siljan is one that you will never forget!

When staying in Orsa it is also well worth taking the small trip to a village by the name of Skattungbyn, which is a beautiful village with a really distinct character. The main highlight here though is undoubtedly the spectacular views that can be seen of the River Oreälven, which is one of the defining images that anyone will take away from this short excursion. The village can be accessed either by getting local transport or – for the more adventurous – by a long hike into the wilderness! 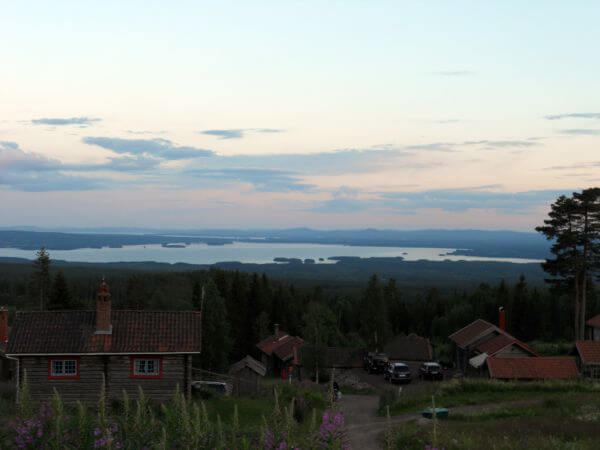 For those that love winter sports, there is no better place to visit in the whole of Sweden than Orsa Grönklitt, which is noted for the quality of skiing that it provide during the winter months. In fact, it plays host to some of the largest ski meets in the Swedish calendar and draws in some of the best skiers from around Scandinavia. It isn’t just during the winter months that people flock here though – during the rest of the year it is a marvelous animal park, particularly noted for the amount of bears that inhabit the area and other Swedish wildlife. If you are lucky, you might also see a wolverine or even a beautiful Eurasian lynx. It used to also be home to numerous wolves, but unfortunately these have become extinct in the area.

The town of Orsa itself is generally only used as a point for people who want to head out and explore the area around the town. There are, however, a few great aspects to the city, with the most noticeable being the friendliness of the people here. Visitors will also find that the accommodation is good, the food is tasty and that there are some nice places to spend the evening supping on some traditional Swedish alcohol!