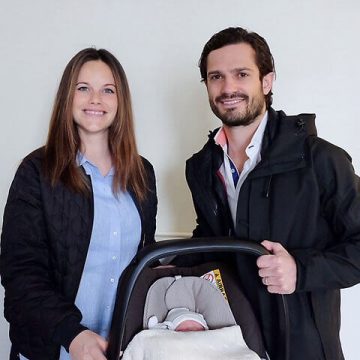 Wow, it seems that Sweden’s royal family has been busy.  Another royal baby was born yesterday, this time a son to Prince Carl and his wife, Princess Sofia. Everyone is in good health and we can’t wait to see more baby photos!

Sweden Gets Another Prince!

Yesterday evening my phone started to blow up. Yep, Prince Daniel was at the hospital telling the media that Crown Princess Victoria had given birth, and mother and son were fine. Today, a Council of State was held (as is custom for when there is a royal birth. Who knew?).

This has been a big week for Sweden’s royal family. Just two days after Swedish Prince Carl Philip married Sofia Hellqvist, Princess Madeleine and Christopher O’Neill welcomed their baby boy into the world. Yesterday, images were released. How adorable! The new prince weighed 3080 grams (6 lbs and 12 oz) at birth

The Swedish Royal Family arrives in style at Prince Carl Philip’s marriage to his long-term girlfriend Sofia Hellqvist. Nothing more fun than a royal wedding! And just two days later Princess Madeleine welcomed her second child into the world.