Thomas · February 11, 2013
0 0 1.1k 0
Some of the links on this page are affiliate links. This means that Swedish Freak will earn a commission if you purchase anything from these links. Thank you for your support!

If you are a Swedish mum or dad, you know what you’ll be doing between 8:00 PM and 10:00 PM, six Saturdays in a row, starting in February every year: you’ll be watching Melodifestivalen on TV. And three weeknights in May are also booked.

What is Melodifestivalen? It’s a TV song contest. Your kids and teenagers will be enthusiastic viewers of all the shows, quarreling about which artist to vote for, while you probably are assuming a more laidback attitude in your end of the couch. (And currentday’s wide use of cellphones has cooled down the disputes: everyone can have their own vote.)

The purpose of Melodifestivalen – besides the obvious entertainment – is to select a song to represent Sweden in ESC, the Eurovision Song Contest. The contestants are European countries, each represented by a singer with a new song that hasn’t been played before. The novelty is important: a competing song must not have been played in public before, and having been selected to compete in the ESC, it must not be played again before the ESC final events. The three final gala shows – semifinals and final – will be held in the country that won last year’s contest. And since last year’s winner in Baku, Azerbaijan, was Swedish singer Loreen Talhaoui from the city of Västerås with the song “Euphoria”, Sweden will be hosting the final shows in May.

But before ESC, a new song must be selected to compete for Sweden. More than 2,500 new songs were submitted this year; 32 of these were selected by a professional jury to be performed in live TV in Melodifestivalen, and artists have been chosen for each song. Melodifestivalen is of course an important chance for new, unknown artists, but among the 32 singers are also many well known favorite artists.

Melodifestivalen starts with four live broadcasted qualification rounds, each with eight competing songs/artists, of which two will be directly qualified for the national final, and two for a “second chance” round before the national final. The viewers can vote for their favorite song with a phone call or a text message. About 500,000 people usually vote in each qualification round, and over 2,000,000 votes are counted in the national final. These figures may be exaggerating the interest; nothing prevents you to send 10 text messages… (A Figure for comparison: Sweden has 9,500,000 inhabitants.)

Even though the contest really is about the best song, the press will pay much attention in advance to the performing artists. That’s in fact the only thing to write about, since the songs are unknown, never heard before. And consequently the performances, with dancers, choir, lighting and possibly other elements, are also new. Media coverage of the event is frantically extensive, and on show nights, the Twitter elite runs in circles.

The first qualification round was held and broadcasted on 2/2/13 from the city Karlskrona. The winner was visual kei artist Yohio with the song Heartbreak Hotel, which is about Japanese ”love hotels”. Visual kei, or vijuari kei, (“visual system”) is a Japanese rock sub-genre characterized by visual components such as makeup, elaborate hair styles and flamboyant costumes, often with androgyneous aesthetics.

The next three qualification rounds will be held in Gothenburg, Skellefteå and Malmö, followed by the ”second chance” round in Karlstad, and the Swedish final in Stockholm. The ESC main event, i.e. the European semifinals and final will be held in Malmö, May 14–18.

Among wellknown performers in the upcoming qualification rounds are singer/songwriter Louise Hoffsten, actor Rikard Wolff, singer/songwriter Caroline af Ugglas, singer Sylvia Vrethammar, the reunited group Army of Lovers, the one-purpose group Ravaillacz which among others contain wellknown singer Tommy Körberg,… plus many others.

Some more facts and trivia about ESC

Now I hear you say ”Wow! I didn’t know that there are so many countries in Europe! But, but, Azerbaijan? Is that really part of Europe?” Aaah, no… yes. Most of Azerbaijan is part of Asia, but a small strip is considered to be in Europe. But EBU has a liberal view on Europe’s borders: Morocco is definitely located in Africa but has participated several times, and neither does Israel belong to Europe at all, but has in fact won ESC 3 times. 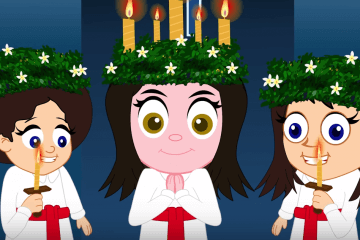 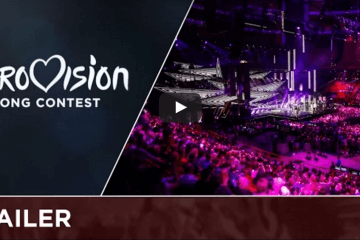