Thomas · November 24, 2018
0 0 1.3k 1
Some of the links on this page are affiliate links. This means that Swedish Freak will earn a commission if you purchase anything from these links. Thank you for your support!

The formation of a new government in Sweden is becoming a confusing serial. Today is 77 days after the election, but the newly elected parliament hasn’t been able to agree on who should become Prime Minister and form a new government. Here’s a summary of what’s happened so far:

The Alliance is the parliament’s right wing, consisting of two liberal parties – the Liberals and the Center Party – and two conservative parties – the Moderates and the Christian Democrats.

It also meant that the two liberal parties in the Alliance voted against “their own” candidate. Is the Alliance falling apart?

At this point, it was pretty much expected that Stefan Löfven should be nominated, but he opposed, saying that it would be meaningless, since nothing seems to have changed. So instead…

Still, Ms Lööf’s witchcraft might have worked… she must’ve heated and stirred the cauldron enough to make the potion boil and bubble.

Speculations are that the Liberals might want to change side. Their leader, Jan Björklund, says that no alternative can be ruled out, but decisions are up to the party council. Is he aiming to be a minister in Löfven’s government?

But Löfven will also need support from the Center Party. That’s a little harder, because a only few months ago, Annie Lööf declared that she’d rather die than be in a government lead by Stefan Löfven. But… who knows, she might be able to negotiate a few of her campaign promises even if she stays out of the government, if she supports Löfven.

In the meantime, the Moderates are probably promising the world to the Center and Liberal parties if they vote no…

Either way, the Liberals and the Center Party will face harsh criticism for breaking their campaign promises: 1) not accept a government dependent on the Swedish Democrats, and 2) not support a government with Stefan Löfven as PM. 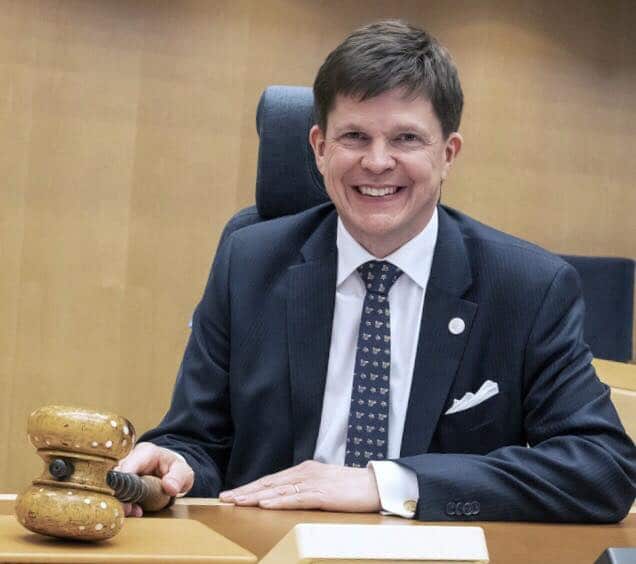