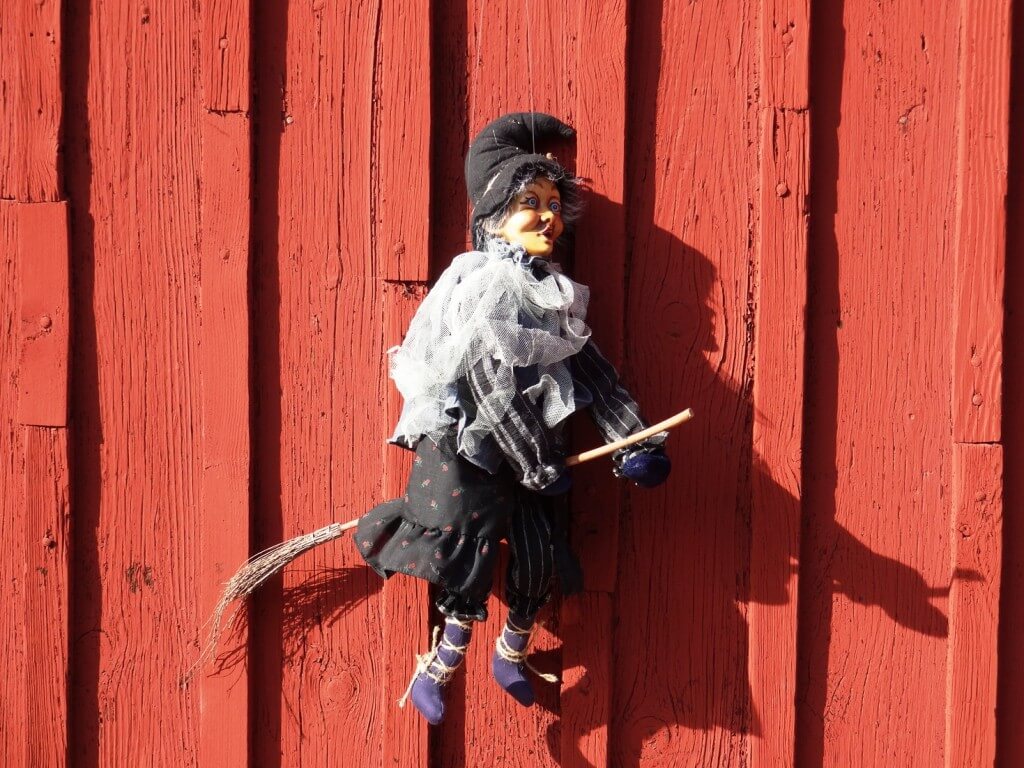 The Swedish word for Easter – Påsk – has it’s origin from the hebrew “Pesach” meaning “Passover”. In Sweden it is considered to be a christian holiday but have, in reality, become a mix of chirstian and old folklore traditions.An example of this is Easter budles of birchtwigs that we 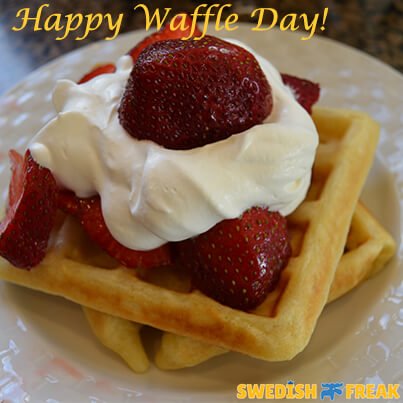 Yes, there is a day devoted to Waffle’s in Sweden. March 25th, which is today! So from me to you… I had a head start and made some Swedish waffles yesterday. Feel free to try our recipe out for yourself! Our great friend and awesome contributor Thomas has also buffed 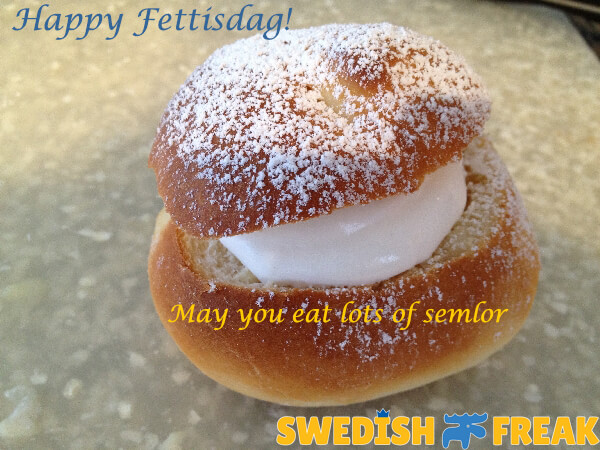 Fettisdag is today. The day of semlor. Try baking your own semlor so you have plenty to eat and read more about Fat Tuesday in Sweden! Check out the blog post when I first discovered this awesome holiday. 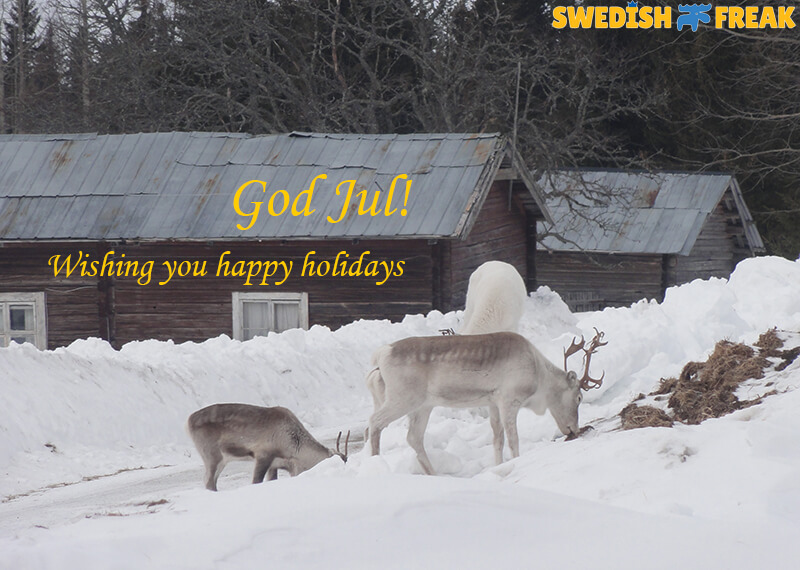 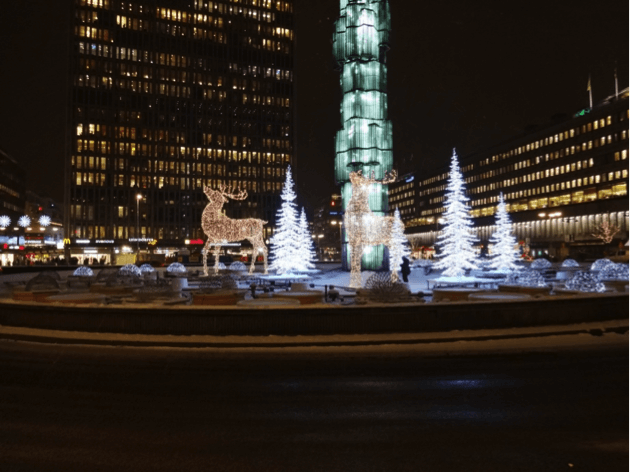 “Julskyltning” or “skyltsöndag” as it is usually called is a tradition in Sweden since mid-late 19th century. In the middle of the 19th-century the shops started make special preparations before Christmas by decorating their display windows. It took a few years and in the late 19th-century it made a breakthrough 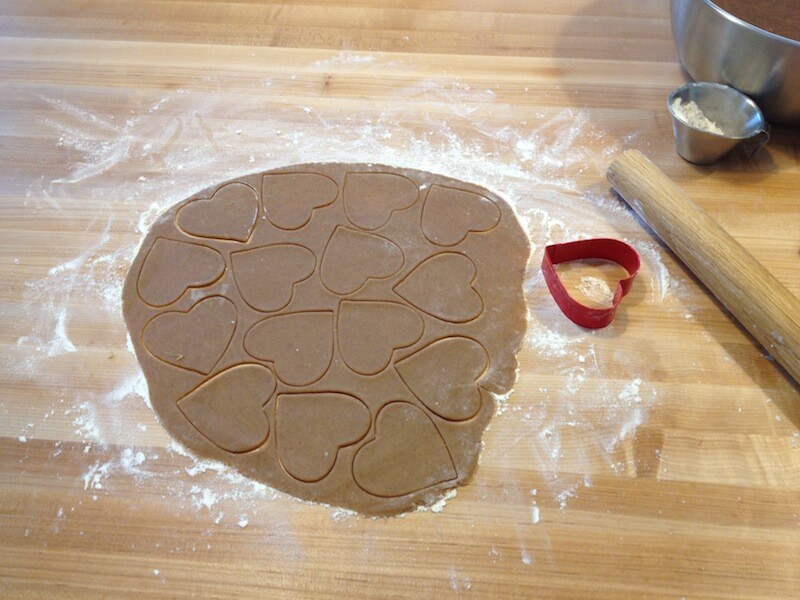 How Pepparkakor Makes My Christmas Swedish

I grew up the daughter of a Swedish immigrant to the US and for us, Christmas – jul – was the most important celebration of the year. In the days before email and Facebook and Google hangouts, when Sweden was so very far away that my mom called home only 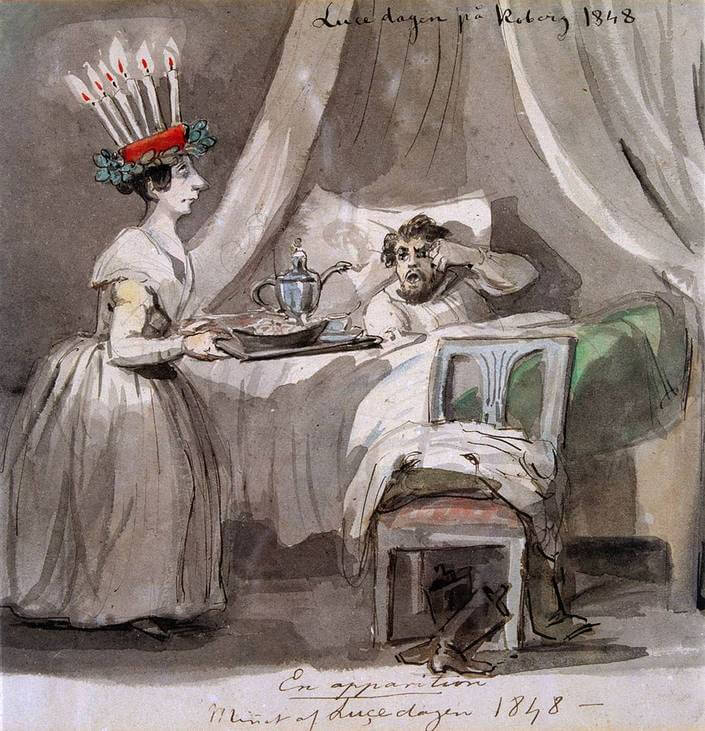 The first known picture of a Swedish Lucia

This is the first known picture of a Swedish Lucia. It was painted in 1848 on Koberg Castle in Västergötland (today the residence of Princess Desirée, the king’s sister). The artist was lieutenant-colonel and count Fritz von Dardel, owner of the castle and aide-de-camp to king Karl XV. Von Dardel, 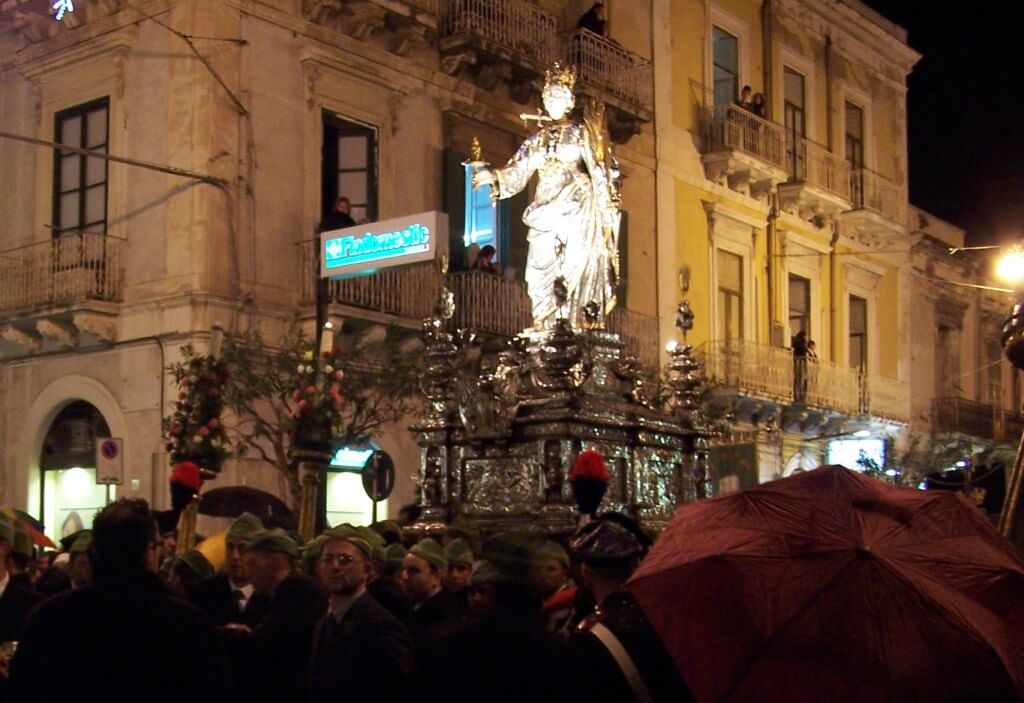 When Hilary (aka Missfoster) asked us writers in Sweden who would like to write an article on Santa Lucia’s Day I thought that it wasn’t something for me. “This is my first Santa Lucia in Sweden in my whole lifetime and I dunno much about it, maybe somebody else 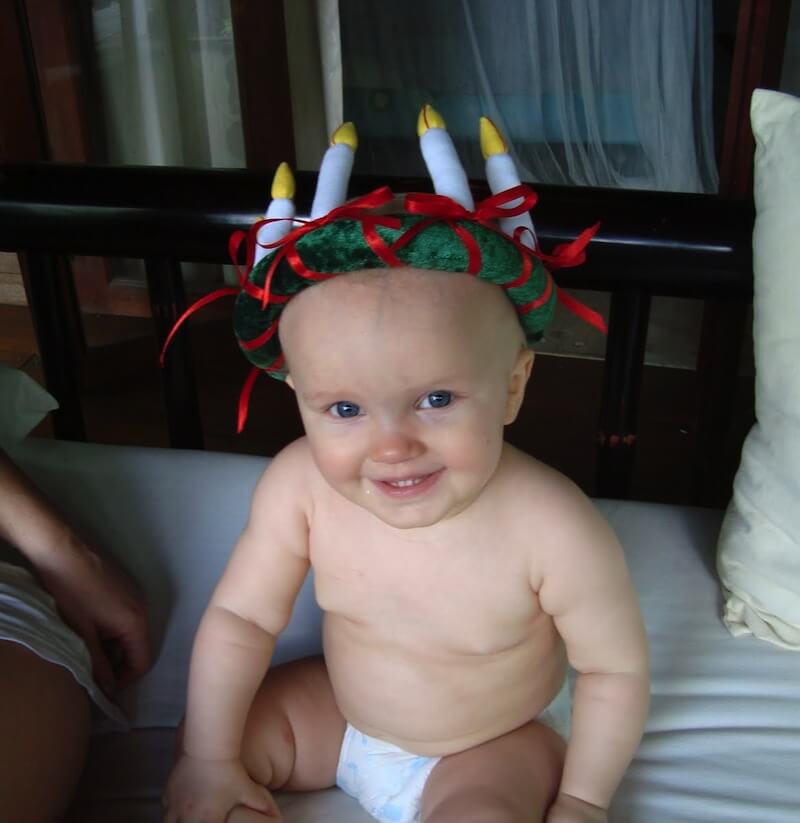 Lucia: Celebrating the Queen of Light in Sweden

If you are a Swedish woman with a husband and a family, on the morning on the 13thof December you will rise earlier than usual, leave the bedroom and quietly close the door. You’ll prepare a tray with candles, ginger bread, funny shaped saffron buns with raisins (lussebullar), and make

Lucia: Celebrating the Queen of Light in Sweden