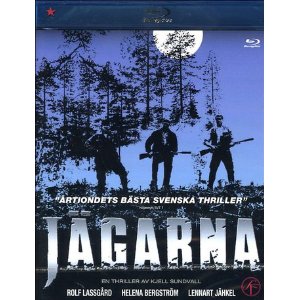 Not Rated (but R type film)

While this film may be a bit older (1996), it is still one of the best Swedish films I’ve seen. This film takes place in a small town in Norrland, Sweden. A brother returns home after his parents death to find that he is more of an outsider now then when he left. It really shows the culture of small towns in Norrland, maybe a little to the extreme, but it does hold some truth.

This movie is available on Amazon, but only in the European Version. It also was not rated, so I think it was never released in the U.S. It would be a rated R film though. We found the film on a torrent site (shhhh). Also, they just recently came out with Jägarna 2, which I haven’t yet seen. The first one was so good, I doubt the sequel would be that good!